Corrugated Cardboard and the Polar Expedition 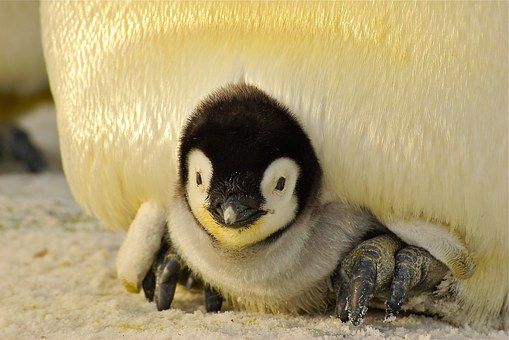 Corrugated Cardboard and the Polar Expedition

Corrugated cardboard is the most widely used packing material. It’s robust construction and insulating properties make it ideal for protecting goods in transit. We sing its praises every day, yet even we can be surprised. None so much as when we learnt that corrugated cardboard was the material of choice for accommodation on an expedition to the Antarctic.

Back in January 1979, Sir Ranulph Fiennes led an expedition with a difference. Whilst many others had circumnavigated the globe, this was the first attempt to make a vertical journey. The route, inspired by Sir Ranulph’s wife Ginny, would involve crossing both the North and South Poles.

Arriving in Antarctica, the core team moved into the huts. These would become their home for the next 8 months, until conditions were suitable for the onward journey. Ginny Fiennes designed the accommodation and it was decided that laminated cardboard was the most suitable construction material.

Laminating corrugated cardboard is a technique that we use to increase the strength and protection offered by the box. This is an ideal solution when fragile or bulky items need to be transported and is often used for industrial packaging. We didn’t appreciate that it could withstand being buried in snow drifts in the harshest conditions on earth.

The lightweight, corrugated cardboard huts were set up in advance of the team’s arrival. Additional insulation was added inside, whilst being covered in snow further enhanced the insulating properties. Even so, temperatures were rarely above -30 degrees. Five people lived in these cardboard huts for 8 months. We thought it was cold in our warehouse this winter!

The tough conditions inside the cardboard huts were just the first endurance exercise of the expedition. Despite this, Sir Ranulph Fiennes, Charlie Burton and Oliver Shepard made the fastest ever crossing of the Antarctic, in just 67 days. Meanwhile, Ginny and team member Simon Grimes remained in the cardboard huts, providing communications and support.

Sir Ranulph Fiennes and Charlie Burton continued their journey, eventually travelling across the Arctic, via the North Pole. They made it back to Greenwich in 1982, four days earlier than the plan that had been prepared six years prior. Despite facing challenges that put our daily stresses firmly into perspective, they had achieved their goal.

As packaging manufacturers, we were delighted to hear that corrugated cardboard had played an important role in this epic expedition. Whilst we do design and construct bespoke boxes to meet all manner of requests, this is our first insight into polar packaging.

As yet, volunteers for testing our cardboard boxes at the poles seem thin on the ground. You are, however, welcome to speak with us about cardboard packaging for frozen foods, ice cube trays or ice-skating boots. Our bespoke boxes can be laminated, printed with your chosen design and supplied with cardboard inserts. Call us on 01296 436888 to find out more.