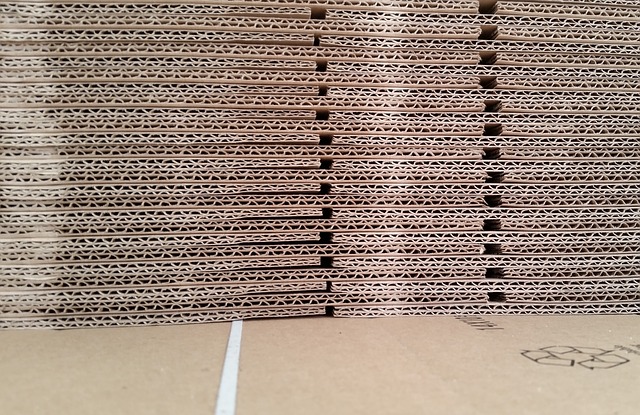 Corrugated cardboard boxes provide good insulation and protection for goods in transit. Could the sturdy, cushioning credentials of this packaging material be used in other ways?

In Japan, 360 of the 376 regional provinces have now signed an agreement between the local government and cardboard manufacturers. This concerns the rapid supply of large volumes of cardboard beds in the case of an emergency.

Why has this collaboration with cardboard manufacturers become an important factor in emergency planning?

A Cardboard Solution to Japanese Earthquakes

Earthquakes are part of life in Japan. This is because of the country’s location within an area of the Pacific known as ‘the ring of fire’. As a result, the country has become innovative in architectural design and technologies. Although a complex design is essential for some ‘earthquake ready’ solutions, sometimes the simplest ideas or materials can play a part.

In 2011, the most powerful earthquake ever recorded led to a series of tsunamis. These devastated the North East coast of Honshu and caused damage to a nuclear power facility. Within hours, several thousand residents were evacuated to temporary shelters.

Yoshihiro Mizutani, president of JPack Co saw images of these shelters on the news. He witnessed elderly people and young children sleeping on the floor and decided to take action. Using the cardboard and machinery in his packaging company, he designed and manufactured a simple corrugated cardboard bed. He was quick to donate 200 to the Japanese Red Cross.

The design was then revised to improve comfort and ease of assembly before another 200 were donated. He maintained production, eventually providing 2,800 beds to Japanese emergency shelters. As some of those evacuated remained in this temporary accommodation for years, this cardboard solution improved the quality of life.

Although there is hope that the severity of that natural disaster will not be seen again, earthquakes frequently displace people from their homes. Mr Mizutani decided that a long-term solution would be to share the blueprint for his cardboard bed design. He initiated a plan, where the design would be available for free.

Agreements between local governments and cardboard manufacturers mean that there is a regional plan if disaster hits. The packaging companies are now equipped to produce cost-effective beds, at speed, as required.

The robust, sustainable cardboard design offers thermal insulation. It is warmer and more comfortable than lying directly on the floor. This is one small step towards improving the experience of being evacuated into a shelter.

Cardboard beds can also provide a practical and sustainable solution in non-disaster situations. As an example, cardboard beds and furniture are being supplied for the athletes’ accommodation during the Olympic Games in Tokyo.

In 2017, a homeless project in Brussels provided cardboard tents to people living on the streets. The design allows the tent to be easily folded down during the day. An individual can carry it on their back until they set it back up to sleep in. Again, the robust and thermal nature of cardboard provides some warmth and comfort.

Cardboard tents are also being used at festivals. As an example, Glastonbury was due to include KarTent cardboard accommodation as an option in 2020, until the event was called off. These pre-assembled temporary homes can be decorated by occupants to personalise. At the end of the event, they can be easily dismantled and recycled, unlike the many abandoned standard tents.

From packaging to innovations, corrugated cardboard has the scope to be a practical, low-cost and sustainable solution. If you have a design idea, get in touch with Aylesbury Box Company to discuss your requirements, seek our advice and get a quote: 01296 436888 or enquiries@abcbox.co.uk.